JLL veteran and newly appointed Upflex Chief Strategy Officer Vincent Lottefier talks in our “Coffee With the Experts” interview series about “hyperflex” space, obstacles to adoption, and having 76 places he can work on any given day. 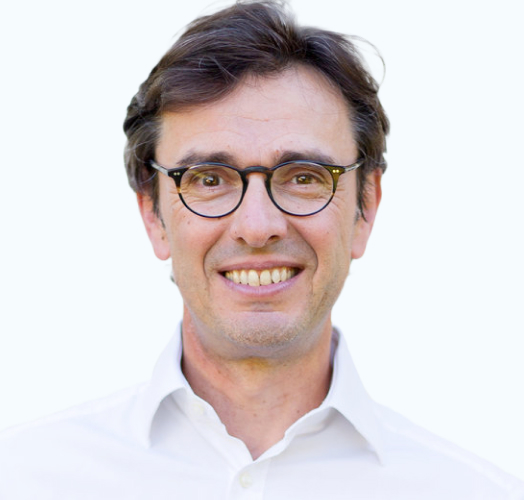 Enterprise companies’ real estate portfolios are expected to become more flexible than they were before the SARS-CoV-2 pandemic by a factor of ten. That’s a fast change, and some of the commercial real estate industry has been blindsided. But not Vincent Lottefier — he’s been waiting years for this.

A former JLL senior executive, current strategic advisor to IWG, and head of his consulting firm Co-working Future, Lottefier has been tracking the world’s largest companies’ move toward flex space since well before 2020 shook things up for CRE, studying the nature of work all over the world, from Beijing to Brussels, New York to New Delhi, Luxembourg to Los Angeles. This month, Upflex announced his appointment as the company’s first Chief Strategy Officer.

We caught up with him (virtually) at his home outside of Paris to talk “hyperflex” space, obstacles to adoption, and having 76 places he can work on any given day.

Upflex: In the announcement of your appointment to CSO, you mentioned: “I’ve been waiting for the explosion of co-working spaces and the modern, flexible office for many years.” Tell us about your background in this space, and why you were so certain this transformation was coming.

Vincent Lottefier: For the last seven years at JLL, I was on leadership boards, global executive committees, and so on. We had set up a JLL client advisory board with the 15 largest global occupied clients — the IBMs, Morgan Stanleys — and their global heads of real estate, CFOs, or heads of HR. We would gather somewhere, two times a year, for 24 hours; usually from lunch to lunch, so we had three meals and lots of events, to bring them into the strategy of JLL. I can tell you in the past five years, the flexibility topic just constantly came up, rising in both quantity and intensity. It didn’t matter which sector they were from: FMB, finance, healthcare; some were heavily weighted in the emerging markets, others in established markets; all of them. It was the first time ever that all these clients were at the table all agreeing: Their portfolios were too static and not sufficiently flexible.

One of the reasons I decided to go on my own after 25 years was that I felt JLL was slow at turning those comments into actions, and really developing the right flex solutions, products and tools for their clients. That was a big change for me, working for a 90,000-employee group in eight different countries. I always felt like I had some support. But I went on my own, and called my company Co-working Future. From there, I began advising big players on niche assignments, including IWG, the largest operator of flex centers for three decades [through its various companies, experiences and communities including Regus, Spaces, No18 and Openoffice].

Lottefier: Flex today means ‘I’m not signing a 10-year lease in New York City. I’m going to sign a space as a service contract, not a lease. But it’s not that flex, because you’re still attached to a single location and asset. Hyperflex is what Upflex offers, which is yet another layer of flexibility — and that’s what more and more companies want. Because if you’re going to go flex you might as well go really flex.

“It was the first time ever that all these clients
were at the table all agreeing: Their portfolios
were too static and not sufficiently flexible.”

Some organizations were more conservative. They probably just generally didn’t think they needed that. ‘Why would you want to be flex? People want their own desk or own work stations.’ That’s most of why it hasn’t been a big thing yet: There weren’t any adequate platforms to make it work.

Upflex: Hyperflexibility will be a big leap for companies — and employees who are used to having everyone in the same space, and having their own desk or office for years on end. As you consult for clients through Co-working Future, what have you seen companies struggle with when it comes to adoption?

Lottefier:  We’re pretty clunky at the whole shift. It’s still the very early days. One problem is that companies are not very organized in driving change management for their people. They give them the tools and say ‘There you go. Run with it,’ but we’re not really helping the users to see how to make this work best for them — how to be flexible, but feel like they’re in control.

You can’t blame employers [for this rocky transition] — they’ve never done it before. But, there is a need for external service providers. That’s where the gap is: Companies will need advisory services and a fair amount of onboarding, education, and support, in order to help them optimize this from a user experience perspective.

Upflex: Had you seen companies successfully put this model into practice before this year?

Lottefier: GlaxoSmithKline, one of the major healthcare companies, had a pretty novice version of this: They had hundreds of people on memberships, with different operators. A couple years ago they ran a pilot project, with about 500 memberships for IWG and 500 memberships from WeWork. But, that means the employees who had the WeWork at could only use WeWork sites, and the employees who had IWG could only work from the IWG centers. So it’s not that hyperflex — it’s superflex, I suppose. You’re still mandated to work with one single company.

There weren’t that many companies I saw work across multiple operators, because the solutions just weren’t available. It was difficult to manage. As an employer that you need to deal with the contracting, the measuring, tracking, billing and budgeting. Imagine if you end up with 50 different operators the amount of complexity. Without an application like Upflex, it’s not practical.

Upflex: But now, as you say, there’s a growing interest in this model from enterprise companies, applications to enable it are available, and more are on the way. Some of Upflex’s broker partners are seeing the pandemic accelerate this shift. How have you seen it change the landscape?

Lottefier: COVID has been a disaster for most people, but I think a lot of these occupiers were sitting on the fence, thinking ‘I know I’m not flexible enough, I know I’ve got too many long leases, but it’s hard, it’s risky, I lose control, I don’t really know how to do it,’ constantly putting things off, smoke and mirrors pilot projects — and now, no more. Overnight, there was an entire workforce, globally, working from home. Upflex was already ahead of its time before COVID, and now, all enterprises will need this in some shape or form.

Upflex: And what about you — where is your current office?

Lottefier: I’m working from my kitchen. And it works really well, because I love to cook. It’s my space (my daughter is at university in London; my wife’s home office is on the other side of the house), it’s comfortable, (I have a huge table which is my desk), and the minute I’m done, I can start my cooking. I’ve been superflex or hyperflex for a while: I have an IWG Platinum membership card, meaning I can go sit at a space anywhere in the world in the IWG portfolio — just walking in without any appointments, and get a workstation, or book a room if I want to. They have 75 centers across Paris, so that has been my  office since I left JLL three years ago. I can choose between those 75 amazing locations — but my kitchen is my preferred one.

Coffee With Flex Space hyperflex Q&A
Q&A: Flex Space Strategist Vincent Lottefier on the Promise—and Challenges—of Hyperflex2021-01-042021-04-22https://upflex.com/wp-content/uploads/2018/04/logo_upflex.svgUPFLEXhttps://www.upflex.com/wp-content/uploads/2021/01/pexels-marc-mueller-380768-scaled.jpg200px200px
About
Alexandra Marvar
Alexandra is a freelance journalist based based in Savannah, Georgia. Look for her writing in Bisnow, The New York Times, The Guardian, BBC and elsewhere.
More from the blog
Recent Posts
Company News
Featured Spaces